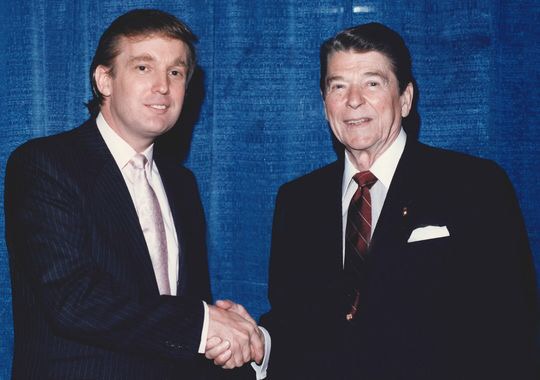 Few people thought former Hollywood star Ronald Reagan could ever become president — until he was elected twice.
Few people thought business mogul Donald Trump could be a serious presidential candidate — until he shot to the top of most polls amid a crowded GOP field.
Here is a Newsmax look at 15 things The Donald has in common with The Gipper.
1. Like Reagan, Trump is a Washington outsider. Reagan was twice elected governor of California but never served in Congress. Trump has never held political office. And then as now, being an outsider is a virtue to voters who desperately want change.